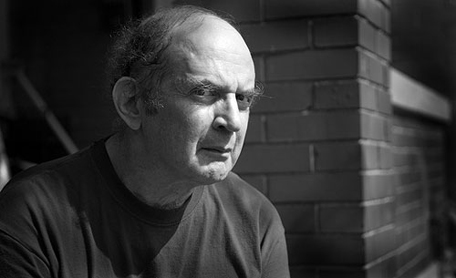 One thing that I’ve noticed about myself is that the media pieces and figures that I have learned the most from were part of a much different generation than myself. Figures like Rod Serling (creator of The Twilight Zone), Paul Newman (actor in Cool Hand Luke), Will Eisner (creator of the graphic novel and The Spirit), Jack Kirby ( creator and penciler of Captain America and The X-Men), Otto Preminger (director of the film noir classic Laura), etc. taught me little lessons with every piece of theirs that I was able to experience over the years. Unfortunately, I never had the opportunity to connect with these creators and talk to them about the pieces they created and the effect they have had on me.

Today another one of my media idols has passed away. Harvey Pekar was a blue collar guy from Cleveland, OH that believed comic books could be more than men in tights and talking animals. In the 1970s, along with Robert Crumb, he created American Splendor which documented Harvey’s life in comic book form. These stories transformed the comics world and opened up new venues for independent comic artists to use their own lives as the main content for their sequential creations.

Harvey’s work helped shed light on the absurdity of daily routines. Simple conversations and observations he witnessed would be transformed on the comic page into humorous and sometimes melodramatic panels that helped readers better find humor in their own lives. I had always considered myself to be the king of the pessimists until I experienced my first Harvey Pekar comic.

The work Harvey created is something that we take for granted in modern comics. Creating comics that were cynical of daily living didn’t exist in the 1970s. Now, the paper boy/girl delivers Scott Adams commercial success Dilbert which draws parallels between Scott’s old white collar life and the way his mouth-less character views the working world. Every major book store in America carries the Eisner Award winning graphic novel Blankets by Craig Thompson which is the story of his qualms with religion as he was growing up in Wisconsin. Each of these creations can tip their hats to Harvey Pekar who truly paved the way for the slice-of-life mediums we are surrounded by today.

Unlike my other media idols, I had the pleasure of meeting Harvey Pekar at a speaking engagement he had in Buffalo, NY. After his talk I was able to ask him questions about his work and how he felt about the documentary, cleverly entitled American Splendor, that had been made about him. We had a nice chat and I mentioned a film project I was hoping to get going in which I’d have liked to interview him. He told me that he wouldn’t mind being interviewed and that all I had to do was contact him. I paused for a moment awaiting his preferred method of contact. When he never answered I simply asked “How should I contact you?” Without a hesitation he answered in a matter-of-fact tone by saying “I’m in the phone book.”

Rest In Peace Harvey. You may not have realized it, but you taught me a lot about being an artist. 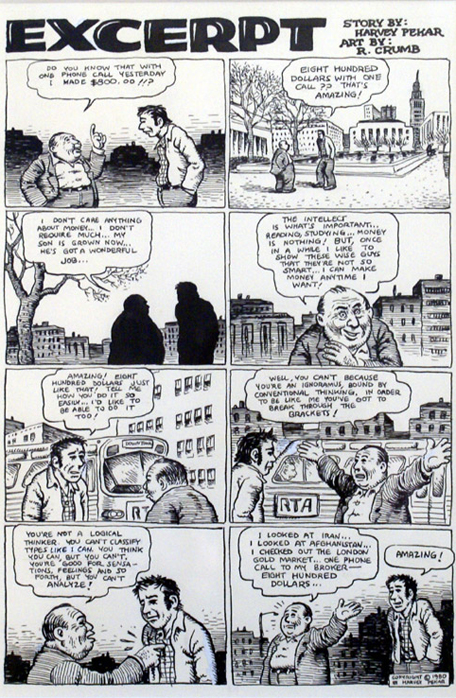